The Audeo Foundation's 1st Annual Seminar brings together a group of leading international academic personalities and experts to reflect on the new challenges of university education.

Through a program made up of eight presentations, issues such as education in economics and finance, STEM disciplines, active learning, the creation of inclusive educational environments, and the keys to achieving equity and student success will be addressed.

Luis Garicano holds a degree in Economics and Law, a Master's Degree from the College of Europe in Bruges, and a Ph.D. in Economics from the University of Chicago. He has worked as a professor at said university and at the London School of Economics and has been a visiting professor at MIT and the London Business School. Currently on a leave of absence from IE Business School, he is acting as a member of the European Parliament for Ciudadanos, Spokesperson for the Delegation of said party in the European Parliament, Vice President and Spokesperson for Economic and Financial Affairs of the RenewEurope Parliamentary Group, as well as Vice President of the Alliance of Liberals and Democrats in Europe Party.

He is a leading researcher on matters such as the impact of technology on economic activity and growth, the future of work in the knowledge economy, and the functioning of the European Economic and Monetary Union. His work has been published in leading international academic journals such as The Quarterly Journal of Economics, The Journal of Political Economy, The American Economic Review, and The Review of Economic Studies.

Member of the European Parliament D. in Economics from the University of Chicago.

"Long-term retention of skills: How to make it stick after the course is over".

Douglas McKee is a Professor of Economics at Cornell University, where he leads his department's Active Learning Initiative. He holds a Ph.D. in Economics from UCLA and was a professor at Yale for six years.

His research focuses on economics education and his team has developed an assessment system applied to learning economics.

Elli Theobald is a Professor of Biology at the University of Washington and holds a Ph.D. in Ecology from the same institution. She has been a primary school teacher and a secondary education teacher.

His current field of research focuses on how to achieve equity in the college-level teaching of STEM disciplines.

Maia Güell will moderate the presentations on Friday morning.

Maia Güell holds a Ph.D. in Economics from the London School of Economics and is a Professor of Economics at the University of Edinburgh. Her main field of research is labor and education economics.

More information about his work at: https://sites.google.com/view/guellmaia

Humberto Llavador is a Professor of Economics at the Pompeu Fabra University (UPF) and at the Barcelona Graduate School of Economics, as well as a researcher at the Institute of Political Economy and Governance (IPEG). He holds a Ph.D. in Economics from the University of California-Davis and has been a visiting professor at Yale, Grantham Research Institute at LSE, INSEAD in Singapore, and the University of Korea.

For more than ten years, he has been developing experimental techniques applied to the teaching of economics. He works in this field together with Ted Bergstrom, Marcus Giamattei, and John Miller, with whom he has developed the reference website www.econclassexperiments.com. It is a space that is freely accessible and which offers experiments to teach economics principles in the classroom using mobile devices.

Member of the European Parliament D. in Economics from the University of Chicago. 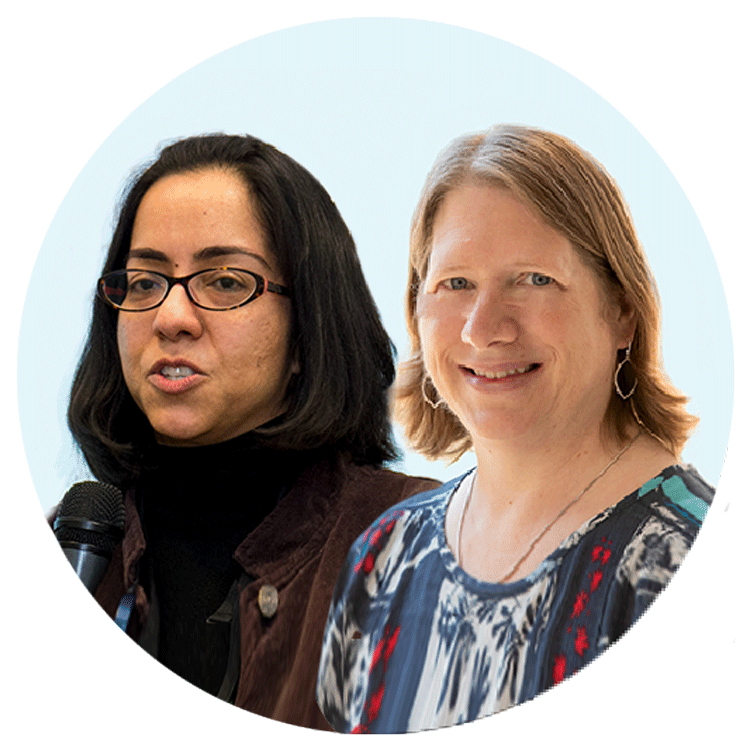 Parama and Cloda teach together:

"Coping with Covid in Our Classes: An Evaluation of Adaptable Teaching and Learning Design in Economics".

Parama Chaudhury is a Professor of Economics at University College London and the Founder and Director of the Center for Teaching and Learning Economics (CTaLE). She has a Ph.D. in Economics from NYU and has taught at Oxford and Yale.

Among her areas of interest, her research on labor economics stands out, with special attention to the relations between employers and employees and inequality. More recently, she has focused on techniques and technologies geared towards active learning. In this area, she works closely with UCL's digital education team and has co-led the development of the Economics Connected Learning Model.

Cloda Jenkins is a Professor of Economics at University College London, Associate Director of the Center for Teaching and Learning Economics (CTaLE), and a member of the Economics Network Executive Group and the EEA Education Committee.

She is an expert in regulatory and competition economics, with a priority focus on energy markets. She has worked as a consultant for more than fifteen years in this sector, where she continues to do notable work. Her interests include the development of research-based educational models and the inclusion of employability skills in academic economics programs.

"The Future of Assessments: Lessons from the Pandemic".

Stefania Paredes-Fuentes holds a Ph.D. in Economics and is a Professor at the University of Warwick, as well as being the Royal Economics Society's Diversity Champion.

Her work as a researcher focuses on creating more inclusive teaching environments, both in economics programs and in university education in general.

She is the editor of the book “Teaching Macroeconomics: A Modern and Inclusive Approach,” to be published in 2022. She is working on several projects on the redesign of academic assessments. One of these projects looks at how the forms of assessment introduced since COVID-19 can help drive more inclusive pedagogical practices.

Antonio Cabrales will moderate the presentations on friday afternoon.

He works on game theory and experimental economics. He is the associate editor of the Journal of Economic Theoryand was the editor ofBEPress JEAP e Investigaciones Económicas, as well as being the associate editor ofJEEA y SERIEs. She has been published in journals such as American Economic Review, Journal of Political Economy, Review of Economic Studies, Review of Financial Studies. Management Science, y Physical Review Letters.

More information about his work at: http://www.ucl.ac.uk/~uctpcab/

Antonio Cabrales has a Ph.D. in Economics from the University of California in San Diego and is a professor at the Carlos III University of Madrid. He is also the Executive Vice President of the European Economic Association.

"The Future of Economic Education: Challenges and Opportunities".

Abdullah Al Bahrani is a Professor of Economics and Director of the Center for Economic Education at Northern Kentucky University.

He is passionate about innovative education and student-centered learning. His work focuses on economic education and household finances. He has been recognized for his contributions in the field of financial education and literacy. In 2020 he was awarded the “Kenneth Elzinga Distinguished Teaching Award,” granted by the Southern Economic Association.

Scott Cunningham is a Professor of Economics at Baylor University in Waco, Texas. His research focuses on microeconomics applied to issues such as sex work, violence against women, public policy on drugs, and mental health.

This website uses cookies to improve your experience while you navigate through the website. Out of these, the cookies that are categorized as necessary are stored on your browser as they are essential for the working of basic functionalities of the website. We also use third-party cookies that help us analyze and understand how you use this website. These cookies will be stored in your browser only with your consent. You also have the option to opt-out of these cookies. But opting out of some of these cookies may affect your browsing experience.
Necessary Always Enabled
Necessary cookies are absolutely essential for the website to function properly. These cookies ensure basic functionalities and security features of the website, anonymously.
Functional
Functional cookies help to perform certain functionalities like sharing the content of the website on social media platforms, collect feedbacks, and other third-party features.
Performance
Performance cookies are used to understand and analyze the key performance indexes of the website which helps in delivering a better user experience for the visitors.
Analytics
Analytical cookies are used to understand how visitors interact with the website. These cookies help provide information on metrics the number of visitors, bounce rate, traffic source, etc.
Advertisement
Advertisement cookies are used to provide visitors with relevant ads and marketing campaigns. These cookies track visitors across websites and collect information to provide customized ads.
Others
Other uncategorized cookies are those that are being analyzed and have not been classified into a category as yet.
SAVE & ACCEPT
Scroll to Top
This site is registered on wpml.org as a development site.